Modern slavery, also known as human trafficking, is a serious crime that involves the exploitation of individuals for labour or sexual purposes. Albanian citizens in the United Kingdom who believe they have been a victim of modern slavery may be eligible to claim support and protection.

The process of making a modern slavery claim involves providing evidence to support the claim. The types of evidence that may be required include:

Passports, ID cards, or other forms of identification that prove the individual's identity and nationality.

This could include documentation of wages, hours worked, or other conditions of employment. It could also include medical evidence of physical or psychological harm suffered as a result of the exploitation.

Statements from individuals who have witnessed the exploitation or have knowledge of the individual's situation.

Evidence of Coercion or Deception:

This could include documentation of threats, intimidation, or false promises made to the individual.

Evidence of Travel and Movement:

This could include tickets, receipts, or other documentation that shows the individual's movements before and during the exploitation.

It's worth mentioning that, like any other asylum claim, the process of claiming modern slavery in the UK can be complex and time-consuming. It is recommended that individuals seek legal advice and support to help them navigate the process and present their cases effectively.

It is also important to note that the UK has the National Referral Mechanism (NRM) to identify, protect and support potential victims of modern slavery. The evidence required to claim the NRM is different from the evidence required for other types of claims.

In addition, the UK has a strong commitment to fight against modern slavery, and the government has several measures in place to support victims and prosecute traffickers.

In conclusion, making a modern slavery claim as an Albanian citizen in the UK requires providing evidence to support the claim (If you want to know more about Human Rights Application read here). The types of evidence that may be required include identification documents, evidence of exploitation, witness statements, proof of coercion or deception, and evidence of travel and movement. It is important to seek legal advice and support to navigate the process and present the case effectively. 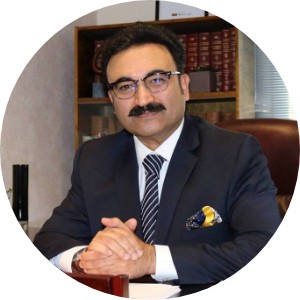 Qamar-Ur-Rehman LLB, MA, is Deo Volente’s founder and Senior Partner. Prominent in the legal industry as an award-winning solicitor, Mr Rehman has amassed an extensive portfolio of more than 25 years of legal experience, with particular expertise in all aspects of UK Business and General Immigration, Nationality Law and related Human Rights work, Islamic Wills, Finance and Inheritance Law as well as Pakistani Law, specialising in Family, Civil Litigation and Public Law matter. He leads a team of dedicated and experienced lawyers, who strive to deliver first-class client care and legal services.
Category: Legal Advise
By: DV Solicitors
Date: January 24, 2023
Tag: